The Dallas, Texas law firm of Boyd & Associates has been representing businesses and individuals since 1980.  The Firm engages, sometimes in joint venture, in the following practices: 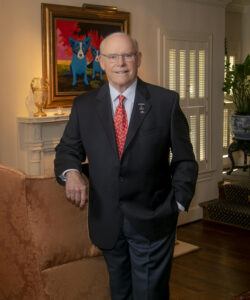 Sam Boyd A Texas native, an Eagle Scout, and a former Green Beret Captain, Sam Boyd is the owner of Boyd & Associates, a leading, national whistleblower law firm headquartered in Dallas, Texas, since 1980. Whistleblowers file Qui Tam suits on behalf of the government under the False Claims Act to hold corrupt companies and individuals accountable. He also files Whistleblower claims under the IRS and SEC. “Whenever your client takes the bold move of speaking out against the largest corporations, they need the assurance and confidence that fearless trial lawyers have their back.” About 75% of all recoveries are returned to Government.

Sam has received the prestigious “AV” peer review rating from Martindale-Hubbell, signifying the highest standards of ethical and legal ability. Sam has also been honored as a “Texas Top Rated Lawyer” by Martindale-Hubbell. The National Trial Lawyers Association in 2020 named him to the Top 10 Lawyers after having named him to their Top 100 Lawyers from 2013 to 2020. For years, Sam has been a member of the Multi-Million Dollar Advocates Forum reflecting the achievement of multi-million dollar settlements or judgments.

In 2018, The Top 100 Registry’s Top 100 Lawyers honored Sam as America’s Top Business Fraud and Whistleblower Attorney. It also presented him with its Lifetime Achievement Award. In 2020, the organization honored Sam in its cover story as ‘Texas Best’ in its December 2020 issue.

Honored as a 2015 Distinguished Alumnus by the Texas Tech School of Law, Sam was a Member and the Managing Editor of the Texas Tech Law Review, a member of the Board of Barristers, Mock Trial Champion, and selected to the Order of the Coif. During Law School, Sam was a 1977 Fellow of the Chicago Mercantile Exchange and performed research on innovative agricultural futures. He has been an active Director Emeritus of the Associations of the Texas Trial Lawyers and the Dallas Trial Lawyers.

In 1979, Sam married Delilah Holmes a triple SMU graduate (B.A. Music, 1969; MLA. 1970; JD, 1992). During law school Delilah was an Editor on the SMU Law Review while working with Sam on a private Russian Satellite Telecom JV project with the Russian military (Lavochkin and Kometa), Alcatel Espace and GTE. While searching for the JV HQ, Sam and Delilah discovered the Turks & Caicos Islands where they and their Shih Tzus have been Permanent Residents for many years. Sam and Delilah volunteered for a charitable educational organization (Jubilee) in a lesser advantaged Dallas community. At Jubilee, they both mentored third-graders at O.M. Roberts Elementary. Sam also worked on the Jubilee Education Committee where he remains involved today. Sam volunteered to serve his country during the Vietnam War. On his way to Special Forces training, Sam was selected as the Distinguished Honor Graduate [1/500] of his Airborne Jump School Class # 68-22 at Fort Benning. He became a Special Forces A-Team Demolition Specialist and, later, an A-Team Leader.

In Vietnam, Sam was a Rifle Platoon Leader in Combat with the 173d Airborne Brigade. Sam’s Awards and Decorations include the Combat Infantryman’s Badge, Master Parachutist’s Badge, Military Freefall (HALO) Badge, four (4) Bronze Stars (2 with “V” for Heroism) (2 for Achievement in Combat), three (3) Air Medals (Achievement During Flight), three (3) Army Commendation Medals, the Vietnamese Cross of Gallantry with Palm, the Jungle Expert Badge among other recognition. As a Rifle Company Commander in the 82nd Airborne Division, one of his rifle platoons and one of his rifle squads were each awarded, contemporaneously, the Outstanding Unit awards in annual Division Competition, a first in 82nd Airborne Division history.

After his military service, Sam attended Texas Tech University, where he graduated (1974) as Valedictorian with a Bachelor of Arts (Mathematics), with Highest Honors, and later (1977) as Valedictorian of his MBA class. He received (1977) his Juris Doctor (JD), with High Honors, from Texas Tech. Sam was selected by the International Legal Fraternity Phi Delta Phi as its International Winner of the Law Graduate for the Year 1977. 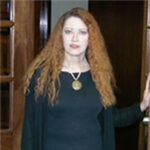 Catherine C. Jobe is a senior associate attorney at Boyd & Associates. She assists in all the areas of the firm’s litigation efforts as described in Mr. Boyd’s profile above. Ms. Jobe practices in state and federal courts throughout the country, representing individuals and businesses.

Prior to practicing law, Catherine spent several years in the publishing/editing industry. She was also a flight attendant for Braniff Airways.

Ms. Jobe earned her B.A. from Drake University in Des Moines, Iowa and her J.D. from George Mason University School of Law in Arlington, Virginia, where she graduated with distinction. After graduating from law school, Ms. Jobe served as a clerk to the Honorable John R. Brown of the U.S. Court of Appeals for the Fifth Circuit from 1990 to 1991.

our attorneys
Awards and Achievements